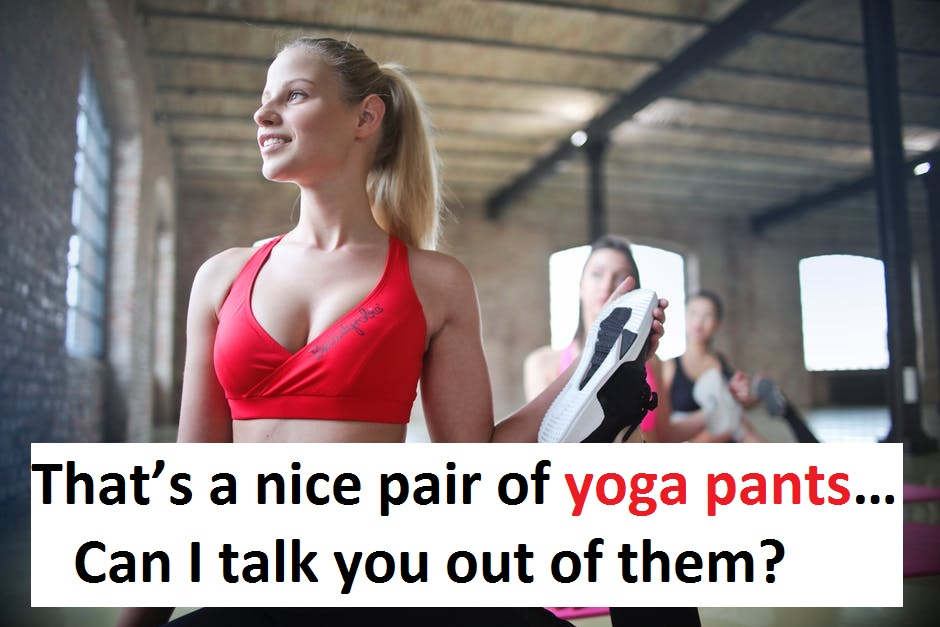 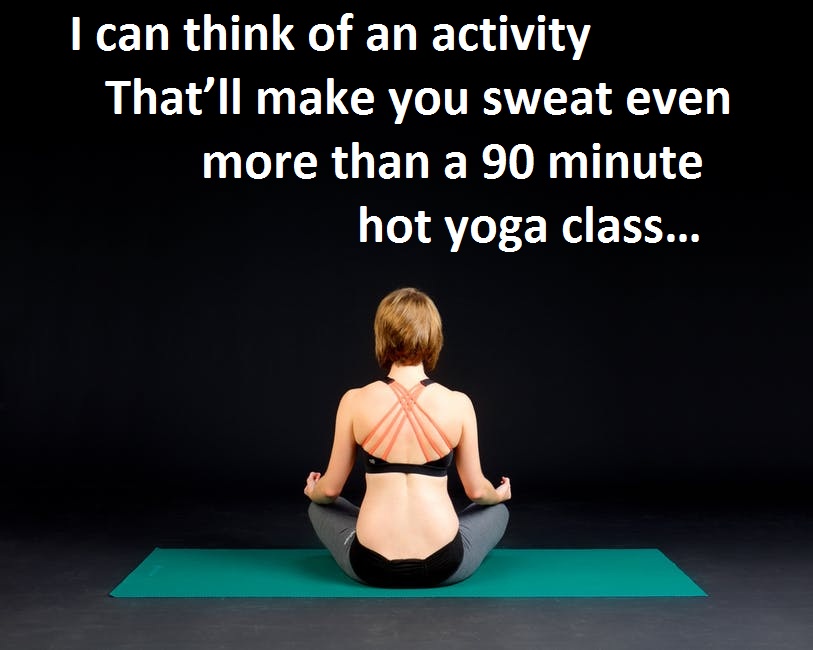 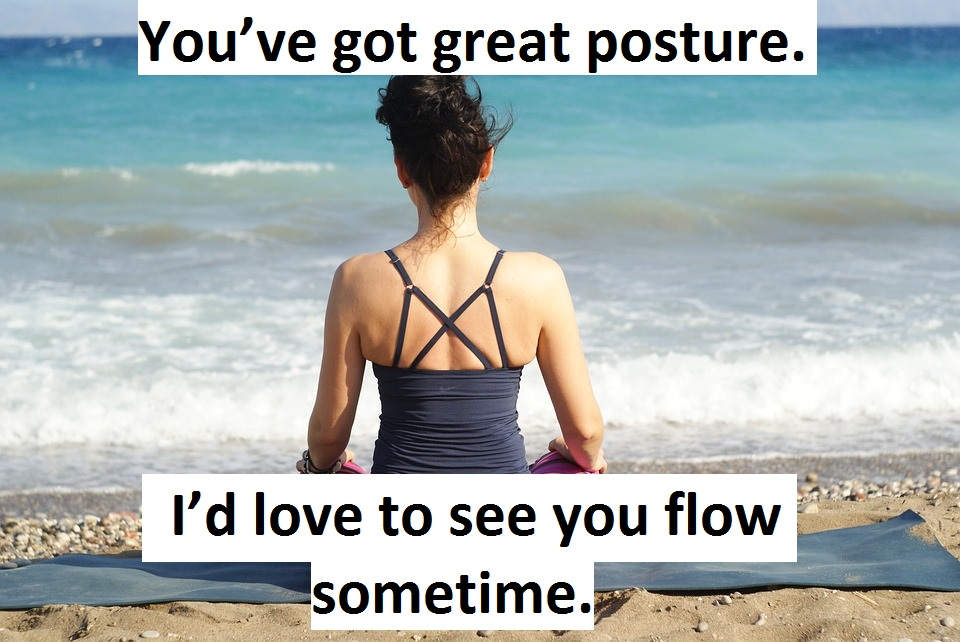 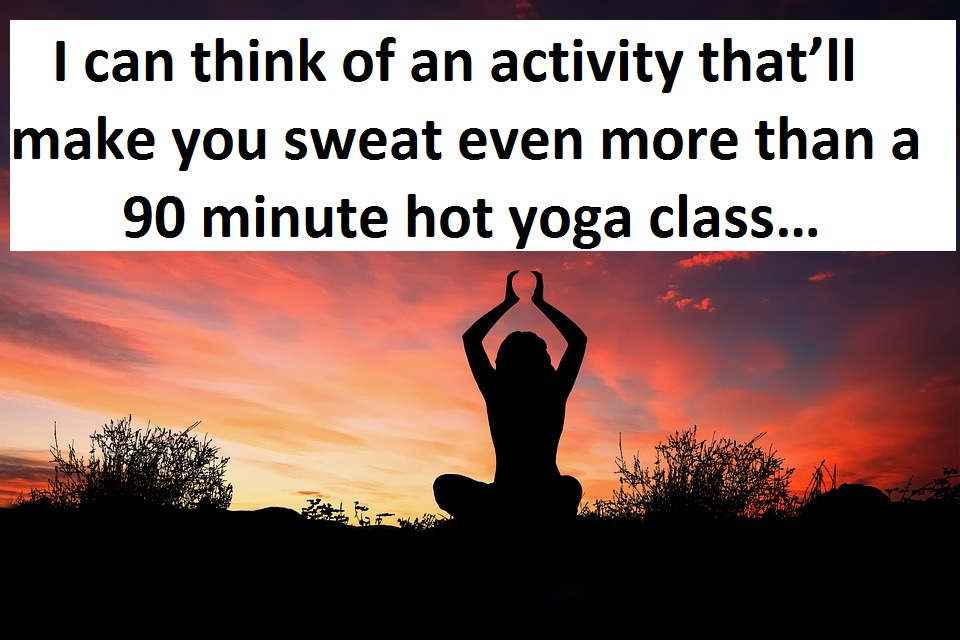 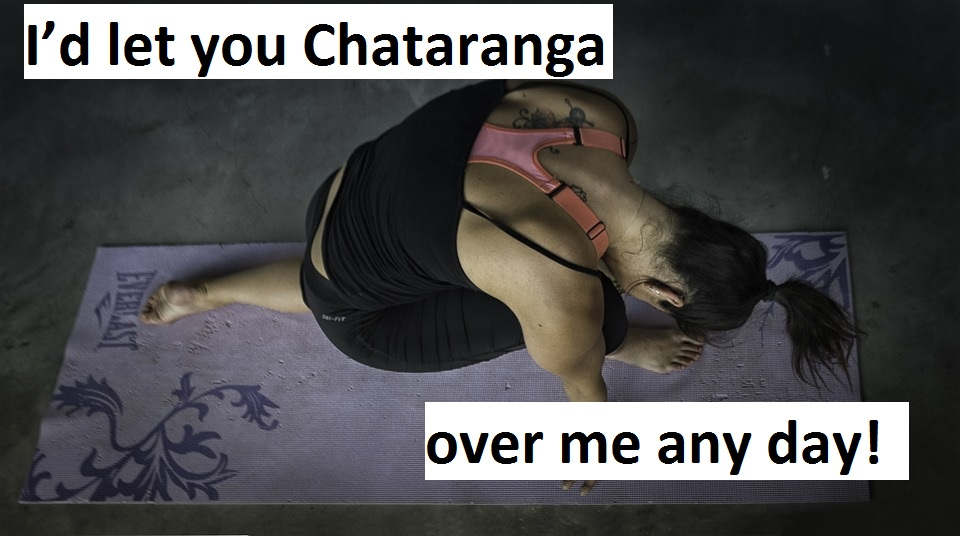 My yoga pants have never been to yoga.
My favourite yoga position is sleeping.
I remember when yoga was called Twister.
What does a dyslexic cow say? Ommmmm.
Where do fish go to do yoga? The river bend.
What did the yogi say to his dog? Nama, stay.
What kind of animal does yoga? A Shangri-llama.
What kind of yoga do you do in a casket? Decom-pose.
What did the yogi tell the vacuum salesman? Too many attachments.
What did the yogi put on the sign outside his studio? Inquire Within.
What’s the most romantic kind of yoga position a man can do? Pro-pose.
Using the toilet on the airplane means I’m certified to teach yoga now.
Why didn’t the yogi vacuum in the corner? Because he has no attachments.
What did the yogi say to the hot dog vendor? Make me one with everything.
What was the woman angry after her yoga clA$$? She was bent out of shape.
My “snooze” button should just be called the “nope, no yoga today” button.
What did the Yogi say to the criminal? You have the right to remain silent!
What did the cobra say to the downward facing dog? I’m not a poser you are.
Do you wanna join me for a yoga clA$$? Namaste here. (No I must stay here).
I didn’t get a chance to do yoga this morning or any other morning of my life.
Why didn’t the yogi buy the vacuum cleaner? It came with too many attachments!
What did the yogi tell his restless student? Don’t just do something – Sit there!
How did the yoga teacher accidentally kill his pet? His karma ran over his dogma.
What do you call women doing yoga in see through Lululemon pants? Over-ex-posers.
I didn’t realise how good I was at yoga but I do the sleep position all the time.
Did you see the romantic comedy with Meg Ryan as a yogini? It’s called “Yoga mail”.
Yoga? No thank you. I’ll download an app to my phone so I don’t have to stretch for the remote.
What did the sign in the window of the yoga master searching for a new disciple say? Inquire within!
What did the yogi say when his student asked him what he wanted for his birthday? I wish no gifts, only presence.
Why did the yogi refuse anesthesia when having his wisdom teeth removed? He wanted to transcend-dental-medication!
What do you get when you combine Starbucks and a yoga clA$$? I don’t know, but there’s probably a hipster close by.
I started to go to yoga today and then I remembered that I could lie on the floor in my own house without driving anywhere.
Apparently in yoga when the instructor says, ‘next we go into our downward dog,’ it is frowned upon to make the ‘bowchickabowow’ sound.